It all started at a little church. A church with bees in the back wall, about 15 foot up. And they had a choice, be removed or face the poison chamber. So I said I would cut them out of the wall and attempt to give them a new home that they would be happy in. The problem is, in September they would not have much time at all to replenish their honey stores before winter. They would need lots of supplemental feed.

Now cutting bees out of a wall is not a fun job at all. It is hot, sticky, and you will likely get stung multiple times while working off scaffolding 10 foot up. It is not a job that anyone goes looking for, but I did it anyway. It was so hot and sticky that I didn’t take any pictures. The entire job went smoothly (an unexpected bonus!) and four hours later on a 95 degree day I had them relocated to a friends house, away from my bees to avoid robbing and fighting among the hives at my place.

Now we wait, I thought. Often bees don’t like being forced out of their home and the bee vacuum is hard on them. There is a good chance the queen will be hurt or killed during the process, and the odds of having a viable colony at the end is about 25%.

Here are some pictures of the relocated bees at their new home.

Remember when I said relocating bees is tough and has a low success rate?  Fast forward to the next day and I get a phone call from another friend who tells me there is a swarm in his parents tree.  So I pack up everything and head over to see what I can do.  Sure enough, this is what I found about half a mile from where I left the church bees the day before.  I stopped by where I left the bees the day before and confirmed that they were gone, so here I am collecting the same bees for a second time.

Now things are never simple around bees, or me for that matter.  These girls were flying around and taking their time following the queen into the new box, so I left them hang out in the shade to come back at dusk and move them to my house because they obviously didn’t like the new home I had picked out for them.

At least that was my plan.  Because about 2 hours later, I got another text saying the bees had swarmed out of the box and onto the other side of the tree.  Another trip out to Monroe and this is what I found. 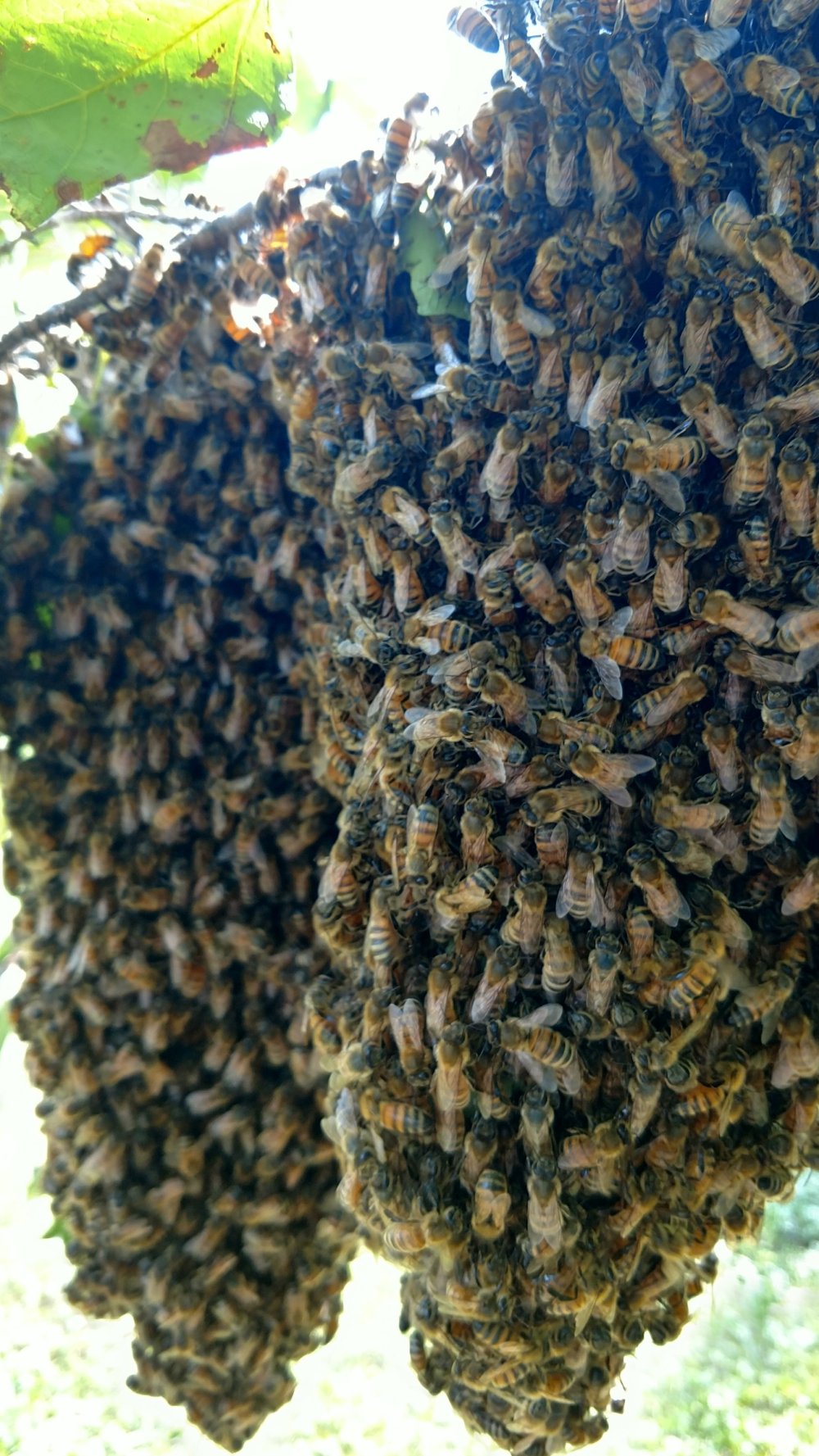 So into the boxes again!  This time, I locked the queen into the box with a screen and came back at dusk to pack them up and bring them home.  Last night in the dark, I had them set up.

This morning they are still there.  But they are bearded up on the outside of the hive, trying to make up their mind if they want to stay or continue our little game of chase the swarm…  I hope they are done! 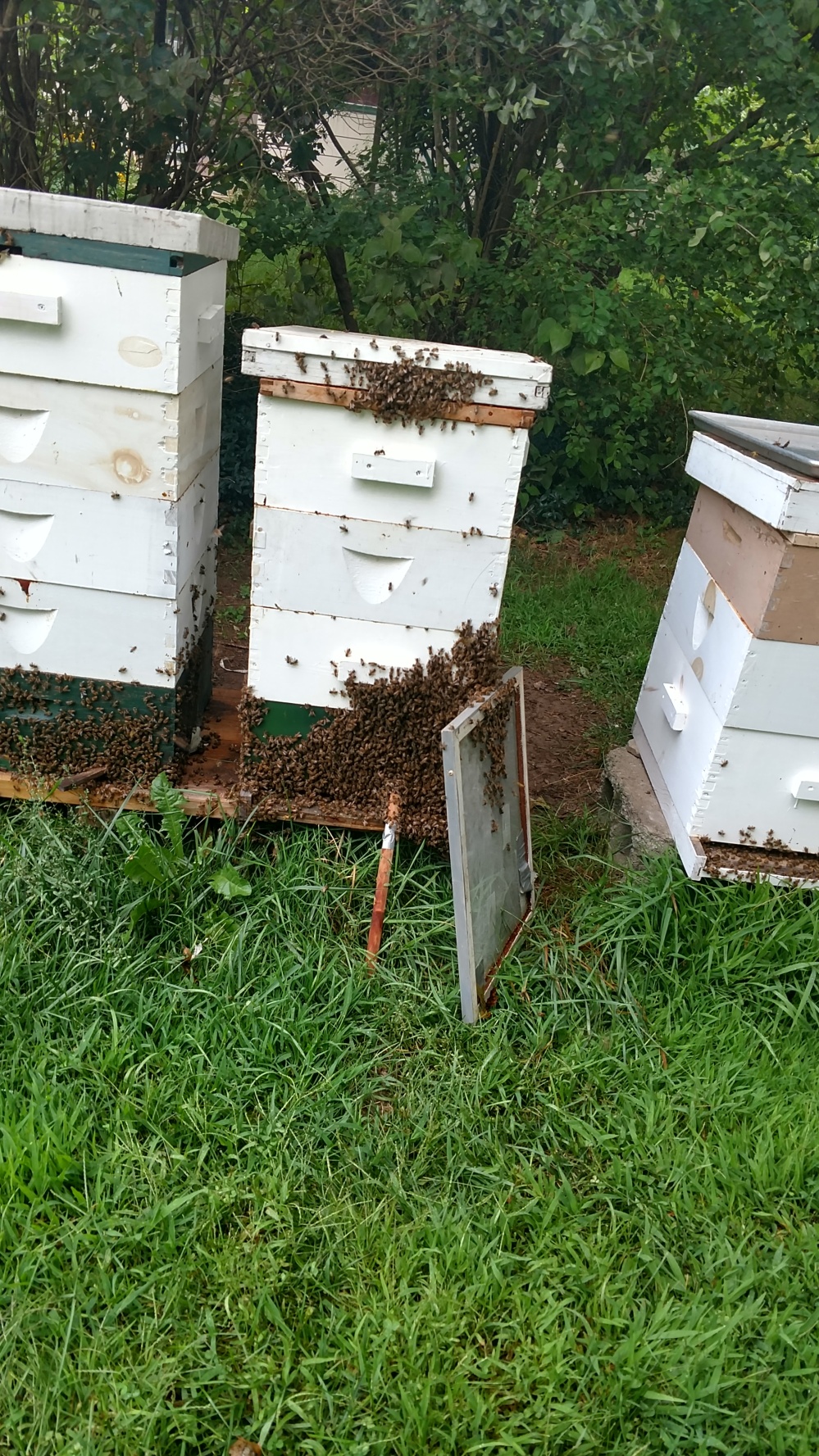